Most of the major film guilds have announced their yearly picks at this point.* So just how well do they do at predicting the winners at the Academy Awards?** 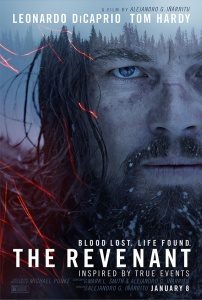 Since 2000 the DGA has predicted the Oscar winner 12/15 times. Two of those misses were in the early 2000’s with awards given to Crouching Tiger, Hidden Dragon and Chicago, over Traffic and The Pianist. The most recent DGA miss was in 2012, handing the award to Ben Affleck for Argo, despite him not even being nominated for an Academy Award (although that film did take Best Picture in the end)

It’s a safe bet to predict he will pick up the Oscar again as well, and while he’s not my choice, the odds are in his favor.

The PGA Awards have gone 11/15 on Predictors, and a
re currently on a really solid streak- the last time they did not predict the Best Motion Picture Academy Award was in 2006.

The Big Short snagged the big prize at this year’s PGA ceremony, which gives it really good standing if you look at the PGA indicator alone… but of course that isn’t always enough.

I still place Spotlight and The Revenant over The Big Short as far as winning odds.

Best Actor has been correct 11/15 times, and their last miss was with Johnny Depp in 2003 for The Pirates of the Caribbean. Since then every SAG winning actor has gone on to win the Oscar, putting this year’s winner and perpetual bridesmaid, Leonardo DiCaprio, in a nice comfortable position. Is this Leo’s year to be the bride?

Best Actress has also been correct 11 times, though with multiple misses in more recent years. Brie Larson won for Room this year, and she’s sitting well for an Oscar as well.

Best Supporting Actor has only been correct 9/15 times, and this year’s SAG winner, Idris Elba for Beasts of No Nation, was not even Oscar nominated. So your guess here is as good as mine.

Best Supporting Actress has fared better, with 11/15 and the last wrong pick being in 2008, which is more the Academy’s fault than anything. They placed Kate Winslet in the best Actress category for The Reader, when she had been considered a supporting role just about everywhere else. Alicia Vikander won the SAG this time around, for The Danish Girl, giving her a decent shot at the Oscar.

As far as Best Cast goes? SAG has predicted the Best Picture Oscar with their cast category 8/15 times. Not the best record, but this year’s winner was Spotlight, giving it an odds bump overall.

So does this help us to fill out our ballots? Yes and no. There are also other film societies, critics circles, and awarding groups who put out their yearly picks. This is just one little subset of indicators, and we’ll look at a few more in the coming weeks!

*The Writers’ Guild Awards are announced on February 13th

2 thoughts on “Guilds and Who Can Guess?”