Quentin had an obsolete sailing ship that had been raised from the dead. He had a psychotically effective swordsman and an enigmatic witch-queen. It wasn’t the Fellowship of the Ring, but then again he wasn’t trying to save the world from Sauron, he was trying to perform a tax audit on a bunch of hick islanders…

Quentin is the king he always wanted to be, in the land of his literal dreams. But being a king ends up being pretty boring- he wants adventure, excitement, and a purpose. QUEST TIME. 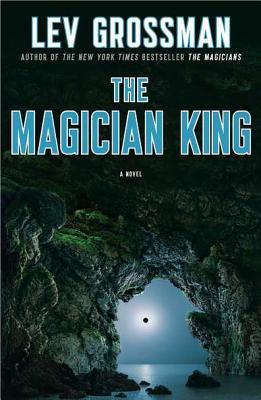 Meanwhile, we also get the backstory of Julia, one of two queens and a woman who seems not… well… all that human anymore. As she quests with Quentin in the present her story unfolds. What happened to her? What does this all mean? Is Fillory really everything that Quentin and Julia wanted?

The first book of the series was a total head trip, especially when trying to differentiate it from the SyFy Channel series that drew inspiration from it. In The Magicians, time moved at the blink of an eye, and entire magical college career and then some played out in less than 500 pages. The story moved almost too quickly for the characters and the settings to really develop and sink in beyond their surface level.

The Magician King remedies that complaint, taking place in a much short timespan and focusing primarily on the characters of Quentin (the protagonist from the first book) and Julia (his childhood friend who was only a minor character previously). The tighter narrative allowed for everything to make more sense- Quentin’s motivations, Julia’s predicament, the golden keys, and the nature of Magic and the Gods and of Fillory itself. It was a more immersive and engrossing experience, and a step-up from its predecessor.

I really enjoyed most of the Julia story, which surprised me because I could not care less about her portrayal on the television show. And while her backstory tied the quest together, some of the elements left me shaking my head. Without going into spoilers lets just say that she goes through hell. And while it sort of works out for her in the end, it just seemed shitty to have yet another female character end up in some horrible situation. Can one lady just have a normal life? Really?

Also, the book tries too hard be topical, especially in relation to other fantasy settings- Narnia, Middle Earth, Hogwarts. The characters reference these places in jokes and asides, but it gets kind of annoying (see the above quote for one of about 90 examples). Yes, I get it! You have real magic! So why do you reference the fictional magic of Harry Potter so dang often?

If you liked the first book, I would definitely recommend The Magician King. A few elements aside, it is a better book with a stronger and more consistent narrative starring Julia who is a mega badass