Everything begins and ends at exactly the right time and place. 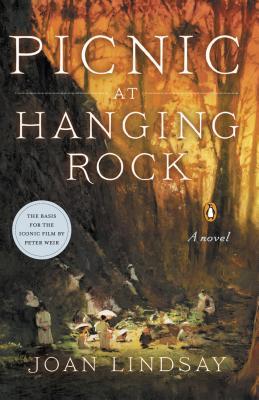 On Valentines Day, 1900 a group of young ladies from the local Girls’ School go for a picnic at Hanging Rock, a local geological formation. That afternoon three students and one teacher go missing, sending the entire community into a tailspin during the weeks that follow.

In hunting for an Australian novel for Read About Where I came across this recommendation. The story is hailed as a classic and was bolstered by a 1975 film of the same name. I read the book and watched the film right after and was pleased to find a story that really felt Australian. The sense of place is smothering- the animals, the atmosphere, the dichotomy between the locals and the posh Europeans. This was not a book that could have been set in any old location. It had an atmosphere that was both tense and dreamy and really underscored the mystery of the missing girls.

That said, the setting was the only thing I really enjoyed. They rest was just very underwhelming. Maybe I just didn’t get this book? So many reviews are out there raving about its tone, its cultural impact, its iconography. Sure, the tone and atmosphere were well done. But I had never heard of this story until a few months back, so the connection with my own pop cultural upbringing just wasn’t there. It compelled me enough to look for pictures and read up on the setting, resulting in a fun afternoon with Wikipedia, but it wasn’t some beloved cultural icon.

Again, maybe I just didn’t get it? The characters were really bland, and were painfully underdeveloped and stereotyped. Miranda is good and beautiful and blond! Edith is ugly and fat and bad! No one was especially nuanced. The story starts with a disappearance but spirals out to show how all of these other people were affected by the events. Was there foul play? Assault? Why does the headmistress hate Sarah so much? Who could hurt Miranda, the Botticelli angel!?

It is also strange in that it tries to make a realistic commentary of turn of the century social behaviors, but then also adds in some quasi sci-fi elements. Furthermore, there were a few “twists” but none of them were really out-of-character situations. The bad things that happened didn’t really hit me especially hard since I barely knew who anyone was. There just wasn’t much of a connection, especially with the tertiary characters. Plus a lot of it just happened so fast. The story wraps up in just a few short pages after a lengthy middle slog. The beginning was an eerie setup. The end was the (sort-of) culmination of the events, but the middle was just a slow drag… which says a lot for a book that isn’t even 200 pages long.

Furthermore… the movie was kind of boring (it’s on Hulu if you’re curious). It kept the atmosphere, but did nothing to really flesh out any characters, and actually cut some of the events at the ending. And so much weird synthesizer pan pipe? If you want to watch a Peter Weir film, there are like half a dozen better options.

Apparently a lot of people really, really like this book. I just found it dull and unsatisfying. The ending is a letdown, and the writer actually penned an extra chapter of what really happened… which doesn’t even explain things any better. It’s a mystery with an eerie setting and some social commentary, but in the end I didn’t feel like I got much out of it.

Have you read this? Did you enjoy it? Is there some fundamental aspect that I just totally overlooked?

One thought on “Picnic at Hanging Rock”