I’ll be watching a few dozen movies in the next few weeks (more or less as time permits). To keep things manageable I’ll be doing small reviews in bulk! It’s been a crazy week, churning through screenings left and right and man most of these were depressing.

Kubo and the Two Strings 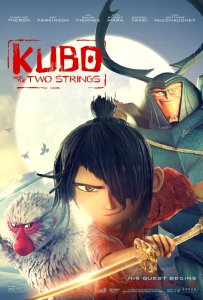 In a world where animated films are dominated by computer-driven characters, Kubo‘s stop motion is a breath of fresh air. Laika and director Travis Knight create a beautiful adventure tale about a boy seeking to stop his evil family members from stealing his eye. Aside from some of its more downer aspects the plot follows a relatively standard hero’s journey. However, the whimsical details, voice acting, and gorgeous visuals more than compensate. It’s a movie that can be enjoyed by viewers of most ages (again, it gets a little dark in there). Fans of animation and adventure should not miss it.

Award Potential: I’d really love for this to win Best Animated Feature, but Zootopia has been running the table on that. What’s incredible is the nomination for Best Visual Effects though. It’s only the second animated feature (Nightmare Before Christmas being the first) to see a nomination in that category. I’d love to see it win. 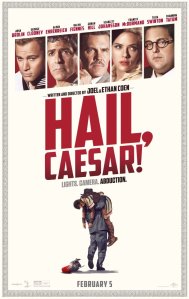 This day-in-the-life story of a Hollywood “fixer” sure packs a lot of mayhem into that single day! This wasn’t one of the best Coen movies, but it sure looked nice. If you’re a fan of slick, pretty pictures that drip with references to Hollywood’s Golden Age then you’ll enjoy this. It’s a goofy little love letter to that past era, and the cast is pretty darn stellar. It’s campy. So, so campy.

For Fans Of: Stylish set pieces and homages of the films of yesteryear

Award Potential: Only one nomination for production design, which was slick and appropriately homage-y (is that a word? It is now!) It’s up against Arrival and La La Land though so… good luck with that.

I went into this movie expecting a more well-rounded biopic like the ones that Hollywood generally feeds us. Scenes of how Jackie and JFK met, or their first days in the White House perhaps? Instead, I was treated to something a little more focused, but also less linear. The film is framed as an interview with the titular first lady not long after her husband’s assassination. It jumps between that meeting, the harrowing events in Dallas, and a televised tour of the White House 2 years earlier. Portman is this movie, and her Jackie is the exclusive focus of nearly every scene. It’s beautiful and devastating.

For Fans Of: Natalie Portman’s facial expressions and pillbox hats

Award Potential: 3 Nominations, including an obvious one for Portman who does incredible work. She’s one of the front runners, so we’ll see how that plays out. The other noms are for costume and score, which were both very good and stood out well in the production, but I’m not sure it’ll win for either. 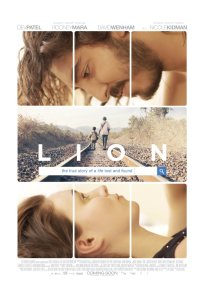 Alright, so speaking of devastating. I saw this with a friend who cried through just about the entire film. It’s a story about a little boy who gets separated from his family through a series of events and then decides to try and find them as an adult 20 years later. It’s heartbreaking to a maximum level, thanks in part to the adorability of Sunny Pawar, the 5 year old leading man. While is drags a bit in the middle, it succeeds overall in crafting a tale that is both uplifting and bittersweet.

For Fans Of: Adorable kids breaking your heart, Google Earth

Award Potential: Lion picked up 6 nominations, including Best Picture and supporting actor and actress for Dev Patel and Nicole Kidman (though I have no idea why they didn’t put Patel up for Best Actor?). Writing, Cinematography, and Music round out that list. I’m doubtful it will capture any of those either in the shadow of La La Land, but the nominations were well deserved.

Loving was a wonderfully crafted true story that stayed as close to the source material as possible. The result is an intimate portrait of the interracial couple who challenged the United States Supreme Court, told with no monstrous embellishments of grandiosity. The conflicts aren’t overblown or exaggerated. The film lets the injustice and the actions surrounding it speak for itself through fantastic performances by Ruth Negga and Joel Edgerton.

For Fans Of: Feature films that could be documentaries. Nick Kroll in unexpected places.

Award Potential: Just one nomination, for Ruth Negga and her portryal of Mildred Loving. She was splendid, but likely a long shot.