Technical categories are done, actors are done. What’s left? The films themselves, their directors, and their writers.

Disclaimer here: I’m not going to be talking about the foreign films, documentaries, or shorts. I haven’t seen most things in those categories yet, so I can’ really say much personally on each film. Google Play finally has the live action and animated shorts though, and Netflix and a few other only locations have a handful of the documentaries. I’m hoping to get to some during a road trip this weekend, but I won’t have time to do a full write up other than my overall ballet.

The remaining categories are really going to be a two-horse race. La La Land and Moonlight are poised to clean up in the Picture, Director, and Screenplay categories. But when they go head to head in the former two, who will come out on top?

But first… some lighter fare.

Best Animated Feature – Moana, Zootopia, The Red Turtle, Kubo and the Two Strings, My Life as a Zucchini

Pixar or Disney have won this category 10 times since it was introduced in 2001. And while Pixar has player in the game this time, Disney will likely increase that combined count to 11. Zootopia has won it all, and it’s a deserving movie full of great visuals and a unique story. I may be a bit biased against it these days because I had to watch it about 12 times while a sick child stayed at my house, but I’m trying to push those detrimental feelings to the side. Kubo is my favorite of the group, and could stage an upset. It makes me nervous on what to put down for my ballot- the obvious winner, or a film enjoyed more that was just as good by with a very different style?

Turtle and Moana are also lovely, and shouldn’t be missed, but they aren’t in the same class as the first two. Zucchini is the only one of the group I haven’t seen, and while it’s nice that the Academy is recognizing animation from around the world, I don’t think it has enough exposure to really make a dent in the ballots.

Could Win: Kubo and the Two Strings

Total Longshot: My Life as a Zucchini 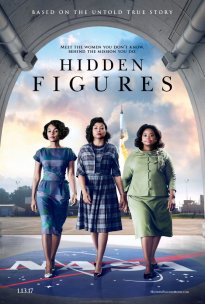 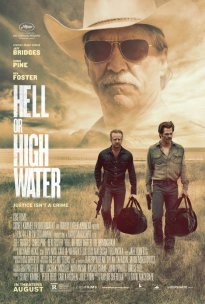 Moonlight will win this. It’s as much of a lock as Viola Davis is for supporting actress. It’s sort of boring to talk about actually, because it’s so far ahead that literally any other nominee would be considered a major upset. In fact, I wouldn’t even list any of them as a long shot, since they’re all on even footing. Well… maybe. Arrival might be a hair ahead since it won the WGA Award for this category, but that’s only because that guild considered Moonlight to be an Original Screenplay and awarded it there.

Could Win: Arrival, I guess?

Total Longshot: Everybody else.

This category is much more interesting. Manchester and La La are the two frontrunners, but what will the Academy prefer? La La has a pretty generic story, though the music and staging is all a part of the screenplay too. Manchester is all drama and strife. They are two polar opposites in mood.

I’d personally love to see The Lobster win because it is one of the most original movies I’ve ever seen. It’s so outside the box that I sound like a crazy person even trying to articulate the plot. 20th Century Women had a wonderfully personal plot, and Hell or High Water did a great job subverting the bank robber and law man trope, but I don’t think any of those three will take the award unless some really strange bribery and/or collusion happens.

Could Win: Manchester By the Sea

This will be Barry Jenkins of Moonlight versus Damien Chazelle of La La Land. I cannot imagine a reality where anyone else takes this. They’ve collected nearly all of the lead-up awards, with Chazelle being the major winner among them. They are two very different films with different messages, different styles, and required totally different directorial treatment to work as well as they did. In the end though I think this will go to Chazelle. The DGA is one of the most spot-on predictors of any award- aside from the weird Argo snafu where Ben Affleck wasn’t even Oscar nominated, the last time the DGA was wrong was in 2002. Chazelle won a few weeks ago. He’ll win again Sunday.

At last. The final category (minus those docs and shorts…). This year was a pretty solid year, with a slate of films that I really enjoyed. Nothing seemed particularly out of place or undeserving, and there was nothing that really turned me off completely (I’m looking at you The Revenant). That said, there are some films than can be dropped from Best Picture contention immediately. Goodbye Lion, Hell or High Water, Fences, and Hacksaw Ridge. You all had your merits, but you will not be taking home the statue.

Of the remaining five La La Land and Moonlight are again the big two. Hidden Figures was the most universally popular of the group, but popularity and box office success don’t always translate to Best Picture wins. Arrival likewise did well, and is an exceptional science fiction film. It’s win would be an upset, but not an unserved one. Manchester by the Sea is the kind of stoic family melodrama that Oscar loves. Strong acting, great writing, heavy issues. But does it have enough forward momentum?

La La Land is a musical in the 50s style, an homage to all that came before it. Big, bombastic, full of dream sequences, heartbreak, and soaring joy. It’s colorful, has an earworm of a soundtrack, and stellar performances by its leads.

Moonlight on the other hand, is the story that we don’t often see on the big screen. It’s important in that it’s a narrative that so often goes untold. The film features strong acting, powerful camerawork, and a haunting score that juxtaposes the classical with the urban and new. Moonlight is a move that needed to happen so that it could inspire others to tell stories like it. While Best Director often indicates a Best Picture, I think in this case we may see a split. Oscar congratulates films about films far too often; I don’t think they should take that route here.

Total Longshot: Any of the four that I insta-cut.